In the past year, the Venik has consulted with LNV-NVWA about the Frass problem, among other things. The parties were able to exchange ideas with information such as analysis, samples and descriptions from growers.

There is also movement in the file at the European level. The EU seems to go for a description of FRASS as proposed by Venik: “Frass is a residual flow from insect production that can contain feed residues, insect excrement and (parts of) insects”.

To be able to use Frass, it must be hygienized, this can be done by heating it for 1 hour at 70 ° C. As the rules seem to be drawn up at a European level, they do not deviate much from what is currently used in the rules regarding Frass in the Netherlands.

Frass falls under category II (code 116) in the Netherlands and must be hygienized for 1 hour at 70 ° C. 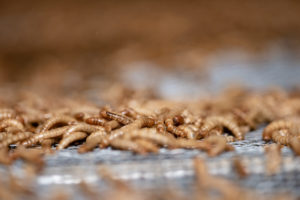