European Parliament: use of insects as feed for pigs and chickens allowed

The European Parliament gives green light for using processed animal proteins (PAPs) for monogastric animals. Insect proteins are currently approved for use in aquaculture feed and for pet food, but not for poultry and pigs.

Insects have long been talked about as a more sustainable replacement for arable crops such as soya in animal feed, production of which has been linked with deforestation in parts of the world, like South-America.

This means that because insects are mostly farmed on food by-products or food no longer used for human consumption, they can ensure a circular economy and prevent less food waste. October this year the new law will be deployed. 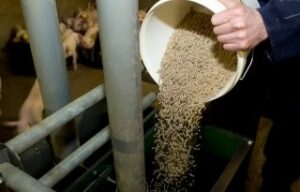